If you haven’t heard of Rossgram yet, then you’re not alone.

The photo-sharing app is launching on March 28 for iOS and Android devices, and it promises to offer normal features as well as new monetization features.

While its features are quite similar to those of its competitors, they will be easier to use, allowing users to share more pictures with more followers.

Rossgram Is A Photo-Sharing App

The first official release of Rossgram will be March 28, and it will offer users normal features in addition to monetization features.

The developer website claims they are working to roll over all of your Instagram data as well.

However, there are still some important factors to keep in mind before downloading the app. In this article, we’ll look at some of those factors.

If you’re not sure whether or not Rossgram is right for you, keep reading to find out how it works.

Therefore, it’s important to be aware of the features and limitations of each app. Russian entrepreneurs have decided to create their own photo-sharing app.

They plan to launch Rossgram on March 28 and hope that this will attract Russian users.

Although Instagram was exempted from the first round of sanctions, Roskomnadzor banned the Russian version of the social network on March 14, 2022. 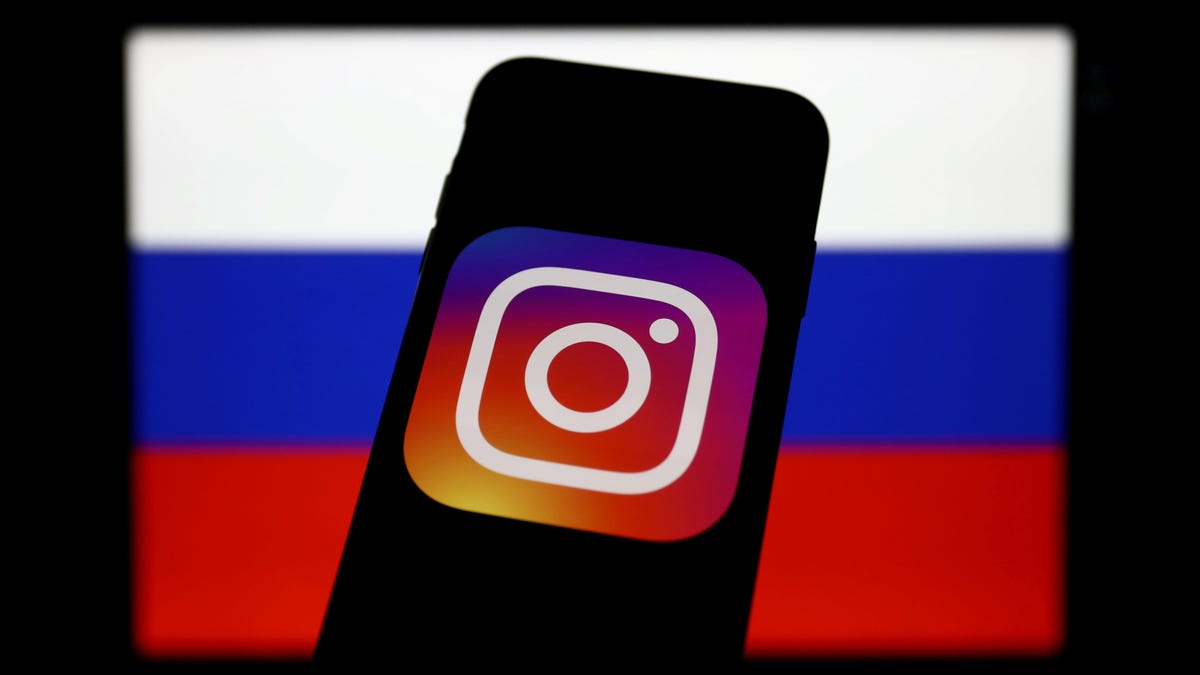 The developers also promise additional features, such as paid access to certain content. If the app catches on, it could become a viable domestic competitor for Facebook.

However, the Russian government has blocked Instagram and other similar photo-sharing applications, so they decided to create their own alternative.

Fortunately, this application is available on iPhone and Android devices.

Because Instagram was blocked in Russia, the developers were able to clone the popular photo-sharing app and release it in the country.

If you want to keep up with the latest trend in photo-sharing, try the new Rossgram application.

It Will Be Available On iOS And Android Devices

The new social networking app will be launched for influencers and sponsors on March 28, and for the general public on April 1.

The platform will be available on iOS and Android devices and will include additional monetization tools such as paid access to published content.

A fundraising function will be included, as will a referral program. Upon launch, the app is expected to generate about $3 million a day.

While the app will be free, users may need to sign up for a premium account to receive additional features.

As Russian prosecutors are considering whether to block Facebook, Meta has yet to comment on the design of the app.

Nevertheless, it’s worth noting that the Russian government has been developing domestic tech in recent months.

In November, Gazprom Media launched its Yappy video-sharing app. It’s unclear when the Russian-founded social network will come to the US, though.

According to the official website, the application will be available for download on March 28, but it will be in a testing phase for the first month.

At that time, the tool will only be available to certain recognized content creators and investment partners. Then, it will be released to general users sometime in April.

The application will be available for both iOS and Android devices. When it becomes available, it will have more features and more monetization options than Instagram.

The new app’s interface is simple and intuitive. Users won’t need to use a VPN to access the application in Russia.

Unlike Instagram, it will be accessible anywhere in the world without the use of a VPN.

The graphics of the new app show a strong visual similarity to Instagram, including the logo and interface.

There’s a strong possibility that Russian users will find the new app to be just as popular as its rival.

The social network Rossgram, which is modeled after Instagram, allows users to create private accounts.

Users can also make a story for themselves by posting photos or videos. This story can be private or open for public viewing and can include a caption that describes the content.

Captions can include any text, emojis, or hashtags. It was created by four individuals over the course of seven days.

A Russian developer built a Russian copy of Instagram called Rossgram. The site will open to bloggers, sponsors, and investors on March 28.

It also has paid content, crowdfunding tools, and referral programs.

The app has been controversial since it pulled out of anti-war messaging after sending more than thirteen million push notifications protesting the war in Syria.

READ ALSO:  How Can I Share Books On Kindle With Another Adult?

It is unclear whether the service will survive the storm. While a private account option may be the preferred option, users should be aware of the risks.

The launch of Rossgram comes as a relief to Russian users. Instagram is a popular social networking app in Russia.

But the Russian government recently banned the app because it was causing extremist sentiments among users.

Instagram is a popular social networking app in Russia, and its developers are trying to make it more appealing to Russians.

The launch of Rossgram is a step towards regaining the trust of the country’s internet users.

But before it can be a success, the social network needs to prove its ability to attract a wide audience.

Despite this, the Kremlin has been working on building a self-sufficient web without Western platforms, and this has spurred the development of local alternatives.

In Russia, there have also been some recent restrictions on social media use, and many younger, more tech-savvy people are using state-controlled social networks to circumvent the restrictions.

After Russia’s invasion of Ukraine, local social networks have mushroomed, replacing Instagram, which is blocked by the government, and YouTube, which has been under increasing pressure.

While many are simply a hasty imitation of Instagram, some appear to be obvious attempts to monitor ordinary Russians.

Some even seem to promote a particular viewpoint, such as the Kremlin’s attempts to censor news about the conflict in Ukraine.

In recent days, Russian tech entrepreneurs have developed an app that looks similar to Instagram, and clones the platform.

The Russian developers have revealed screenshots of the app, which will offer similar features, a layout, and a color scheme to Instagram.

This app was created after Instagram was banned in Russia, and tech giants have purchased the app.

While similar to Instagram, Rossgram has a different interface and no way to buy likes.

Alexander Zobov, the founder of Rossgram, has announced that the Russian version of the popular photo-sharing site will launch in March and April for partners.

It will also be open to the public, with a launch date of the end of March for partners and April for everyone else.

READ ALSO:  How To Use LinkedIn For Beginners!

Although the company is still in the development stages, it has a high chance of success. Currently, it has 74,000 subscribers and 138,000 users.

It Has A Name Reservation Service

The domestic equivalent of Instagram, Rossgram, has opened the name reservation service. Users can reserve a short name for ten thousand rubles.

These names are subject to an auction, with the highest bidder being the new owner. It is unclear whether the name reservation service will be free or paid.

The name reservation service will be available to partners and top bloggers of the social media network. Ordinary users, however, will have to wait until April 2022.

The company plans to have the service available to the public in April 2022. In the meantime, ordinary users will have to wait until April 2022 to have their names reserved.

If you’re in the market for a new name, you can use an existing one. The name reservation service for the new social network is a novel and unique feature.

People can book a name for themselves and for other people through the service. Users can also reserve a name for a child’s first name.

In order to prevent people from claiming the same name as another person, the name reservation service allows users to register their own unique usernames.

Once the user registers, the name will be available to them. Despite being similar to Instagram, Rossgram aims to be better.

For instance, the service will require users to pay a subscription fee to unlock premium features and quality content.

These premium features will improve user experience, allow users to promote brands, and analyze account statistics. But what makes it so unique is its name reservation service.

The Russians, who have made it so popular, are working hard to make it more than a successful social media platform.

We endeavor to deliver the most up-to-date essential information for tech enthusiasts.

Finally, we hope you found this article interesting? And what do you think about ”What Exactly Is Rossgram??”

Sugar Daddy Site: What You Should Expect

How To Use LinkedIn For Beginners!

How Can I Share Books On Kindle With Another Adult?

Which Social Media Platform Pays The Most Top Leads In 2022?

What To Do If Your Gmail Account Isn’t Syncing

monday - January 14, 2022 0
What To Do If Your Gmail Account Isn't Syncing       Sync issues are prevalent, although the majority of remedies are straightforward. Suppose Gmail finds difficulties synchronising the...

How To View Or Find Steam Hidden Games

How To Watch Yellowstone Seasons – Watch The Series.

Is It safe To Use TikTok?- Find Out From Three Security...